Diving with Whale Sharks in Thailand

Firstly, to scuba dive with whale sharks in Thailand or anywhere else in the world, you’re going to need a certain degree of luck.

Whale shark diving in Thailand has always been a hit or miss affair but, after seeing a worrying decline in the number of whale shark sightings in Thailand, mostly due to over fishing along their migratory routes elsewhere, whale shark sightings by scuba divers in Thai waters have been increasing now for several years. Although this gives us some optimism for the whale sharks long term future, their numbers are still tiny compared to a few decades ago.

Actually, until the early 90’s, it was possible to snorkel in Patong Bay, Phuket, with a dozen or more whale sharks. Whale sharks are migratory fish, and cover huge distances seasonally, which places them in direct danger from commercial and local fisheries. In 1998, realizing not only that whale sharks were at danger of becoming extinct, but also that an increasing number of tourists were visiting their country specifically to see whale sharks, the Philippines lead by example and banned all hunting and fishing of whale shark. India followed suit in 2001 and Taiwan too in 2007. Finally, in 2017, at the at the global Convention on the Conservation of Migratory Species of Wild Animals whale sharks were added to appendix one of the convention, giving them worldwide protection. 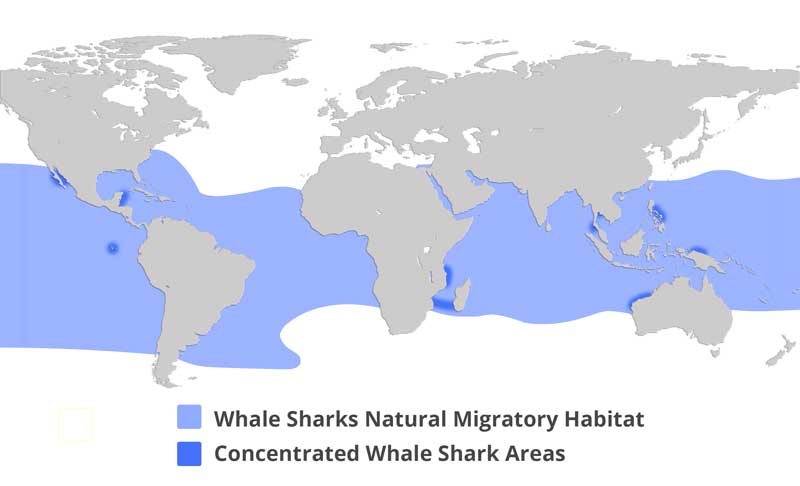 Whale sharks being migratory, still play a game of chance passing by some coastal waters where they are often still ruthlessly and illegally hunted.

While it’s evident that whale shark numbers are slowly recovering, sadly, the manta ray population continues to decline all over the world even though conservation efforts and initiatives for them grow. Manta rays only give birth to a single pup, whereas whale sharks can give birth to more than three hundred live young, also called pups. This, it seems, makes a huge difference to. 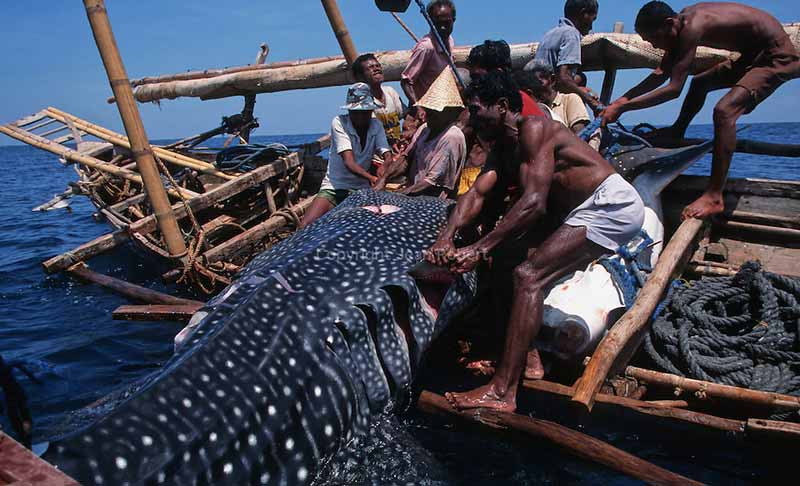 But, these days it’s possible to have a whale shark encounter just about anywhere off the coast of Thailand. Of course, you still need to be in the right place at the right time, but they are there, sometimes. Similan liveaboards that also dive at Richelieu Rock and Koh Tachai offer divers the highest chances to dive with whale sharks in thailand.

In July 2011, a scuba diving day trip boat heading to Phi Phi from Phuket stopped after the crew something special a few hundred meters in front of the boat. Guests that morning had the amazing opportunity to snorkel with up to seven different whale sharks, at the same time. Whale sharks have been spotted in at just about every Phuket dive site, but don’t get too excited. Guests taking their first every dive at Racha Yai have been lucky enough to see a whale shark, while on the flip side, there are also dive instructors that have thousands of dives around Phuket still waiting to see their first one! 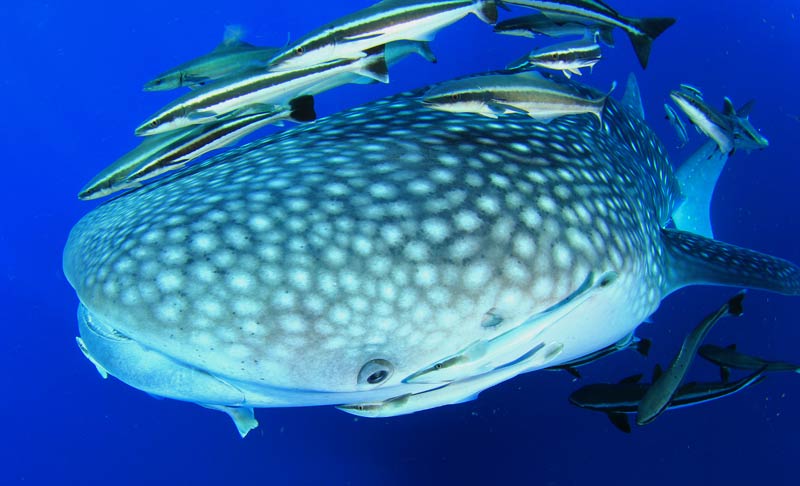 They range from around three meters to up to around six meters. Occasionally, we’ll hear reports of a monster one reaching up to around ten meters, but these are quite rare. Although whale sharks are migratory, there doesn’t seem to be a best time to see them in Thailand. We used to say the best time to spot Whale Sharks was in January, then we changed it to March and April. Now there doesn’t seem to be any logic or pattern to when is the best time to see whale sharks in Thailand, they seem to be here the whole year around, with sightings every month.